FREE SHIPPING ON ORDERS OVER $100*

Learn More about us:

The Garrett® GT17/22 Stage II Hybird is a performance upgrade / replacement turbocharger available to the Aftermarket for Volkswagen 1.9L TDI BEW Engines. The GT17/22 comes equiped with a smart actuator, an industry exclusive, and a position sensor, which enables the turbocharger to communicate automatically with the Engine Control Unit (ECU). The kit is easy to install and suitable as a performance upgrade turbocharger. The Garrett VW TDI Kit also promotes a longer turbo and engine life span and increased reliability by lowering exhaust gas temperatures. Stage II Hybrid is designed for cars with aftermarket tuning and upgraded fuel delivery systems.

Includes the Latest Technology Tailored to Your Diesel Performance Needs: 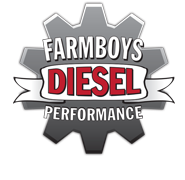 Free Shipping on orders over $100*
Since 2005, Farmboys Diesel Performance has been a trusted company in the diesel performance arena. We strive to provide diesel enthusiasts with the engine parts and accessories at a competitive price.
Have A Question?
Consult A Professional
(704) 290-2289
Phone Hours
Newsletter Sign up